Molvina Estate and the vineyard

The tiny village of Molvina belongs to the municipality of Nuvolera, in the province of Brescia, in the Italian region of Lombardia. It is a very small village with only 6 families living in the area and a total of 17 people. Our grandparents are two of these people and still live in the house that one of the family ancestors purchased in 1911

The little boutique vineyard has been producing wine for over a century ever since our great grand-father Bortolo Torri carried out an early restoration of the surrounding grounds and the vines.

Much of the produced wine at the times was consumed on the spot by workers of the nearby Botticino marble quarries: these workers after work, but before returning home (all on foot, in those times there were not so many cars) stopped to eat bread with salami and cheeses, all accompanied by good quality wine.

The name of the village Molvina could come from the root “mou” (in local dialect you read “Mulvina”), which means tender and sweet (like a toffee). The word has then changed into “mol” from which sprung the word “molcere” a poetic verb with the meaning of softening or sweetening; in poetry and local dialect, the famous verse “e mi molcea il core” is very well known (“it was melting my heart”).

Really, after the very steep hills climbed up from the nearby town, to a passer-by the place had to be coming across as sweet and pleasant to finally be able to take a breath: also because the rest was all downhill.

The suffix “vina” could come from the Celtic “uigia” = water, given that the place is rich of natural springs which are all still running.

Obviously, we can only imagine that the original word for water was later transformed into “vina” also due to the excellent wine-growing reputation of the hillsite.

Although quarries are still very much active all around the area, nowadays the workers are no longer on foot so the steep road to Molvina is pretty much only used by the few residents and the farmers in the area. 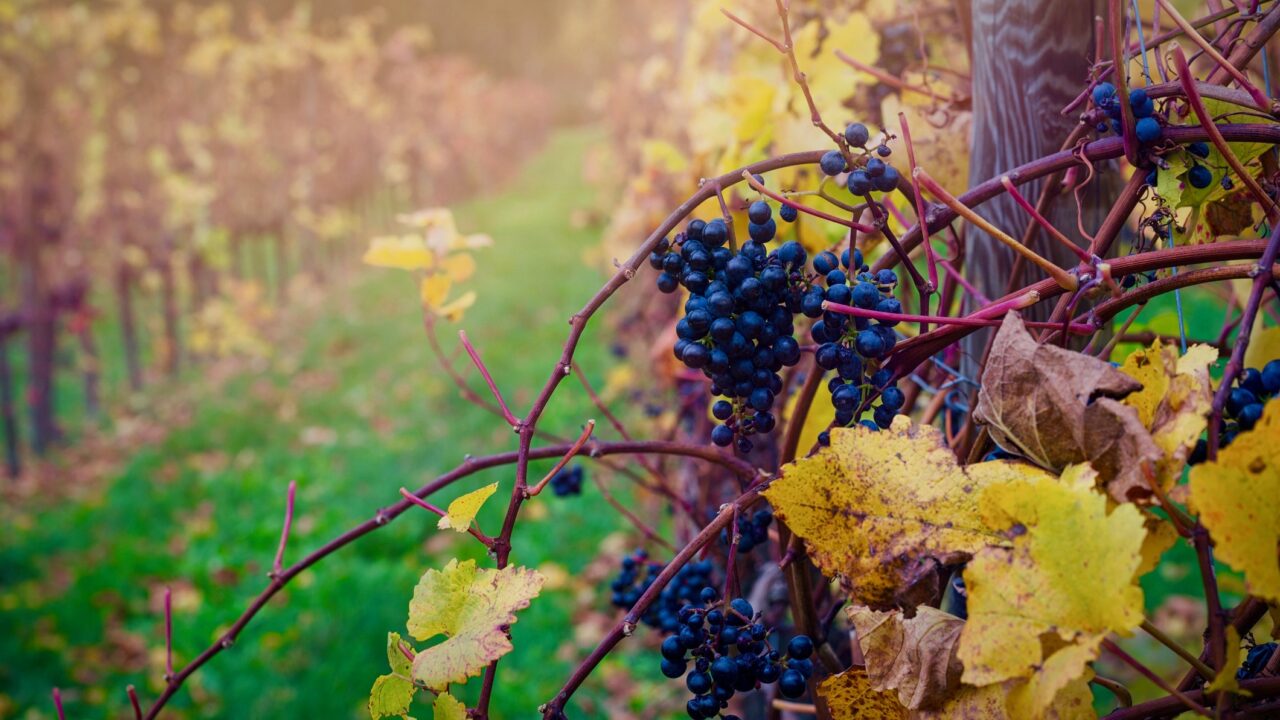 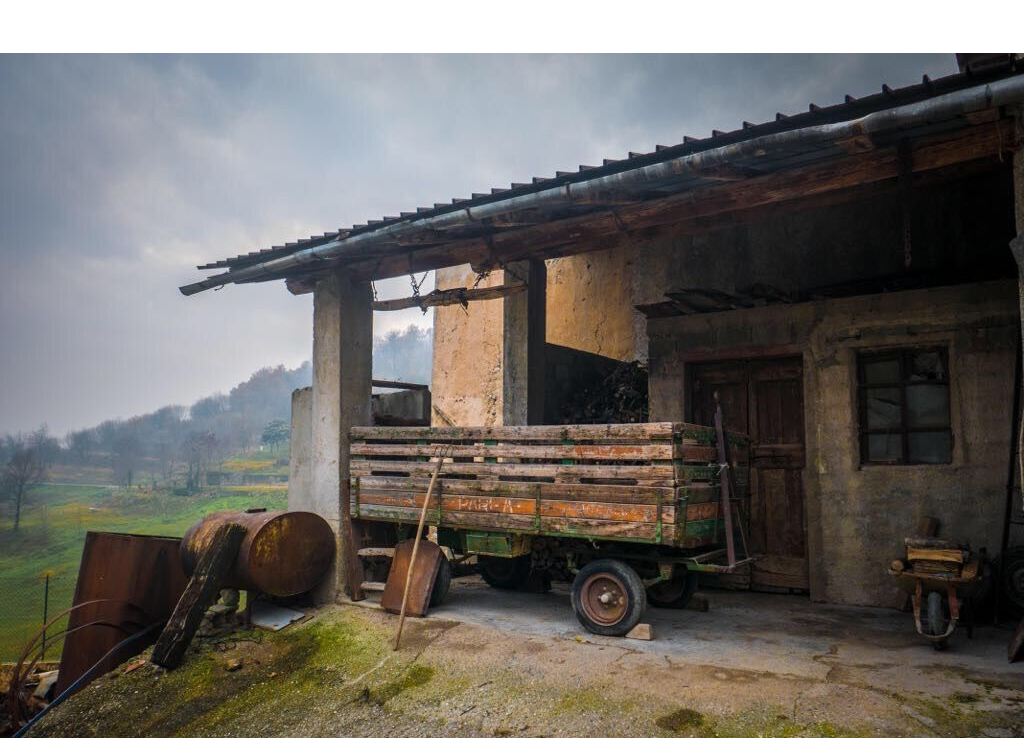 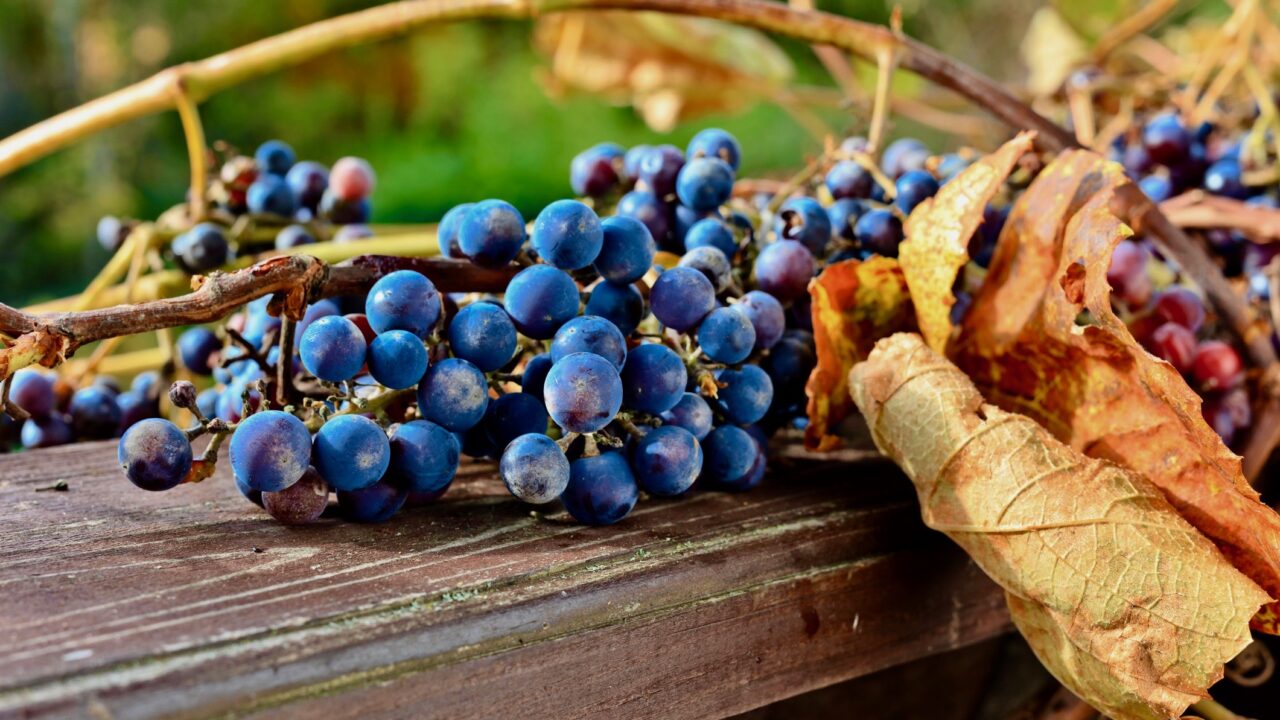 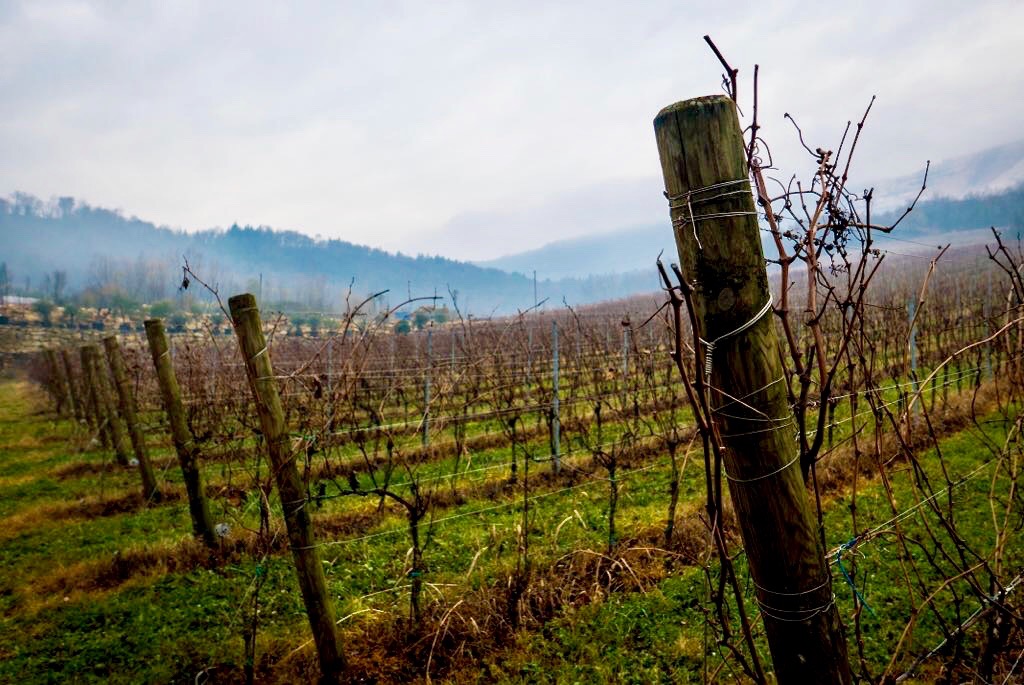 The micro-vineyard received a further refinement in 2007 when it was taken over from us from our grandfather Domenico: thus, the new vineyard was born, with perpendicular rows on steep sloped grounds, to give maximum sun exposure to the grapes.

Remaining true to the heritage of Molvina as the sweet-water village, the irrigation of our vineyard uses exclusivly water from the surrounding natural springs. Together with the optimal sun exposure from dawn to dusk, we believe this water to be one of the most important natural elements distinguishing our wine and giving our grapes their unique tasting notes.

Furthermore the soils in the Molvina vineyard are composed of “Marna” (Marl), well drained and without stagnant humidity. This type of rock derives from muddy sediments, mainly of marine origin (marine fossils are still today regularly found in the area). The vine does not require fertile soil, but on the contrary it prefers the rather poor ones that differ according to their composition and texture. The soil is very important as it is a reserve of water and mineral salts. Moreover, the difference in salt concentration between earth and vine is the force that moves solutions towards the plant.

The vine adapts to any type of soil but the same vine does not give the same grapes if grown in soils with different characteristics. The soil consists of a thin cultivable layer that can be influenced by man’s crops, and an underlying part whose characteristics are given by the original geological conformation. It is here that the plant absorb the nutritional substances that influence the character of the wine. The characteristics of the subsoil are important for the drainage that needs to ensure the plant remains in contact with water just for the right amount of necessary time to absorbe the mineral salts contained in it.

Finally, our small vineyard has been set on purposely sloppy grounds in perpendicular uphill alignment, to obtain a very even exposure of the vines to the warm Italian sun: from early morning to sunset, each bunch of grapes receive the same amount of sunlight and warmth, whilst the Lombardy’s Alpine foothills in the backdrop, protect the existing microclimate from cold Nordic winds. 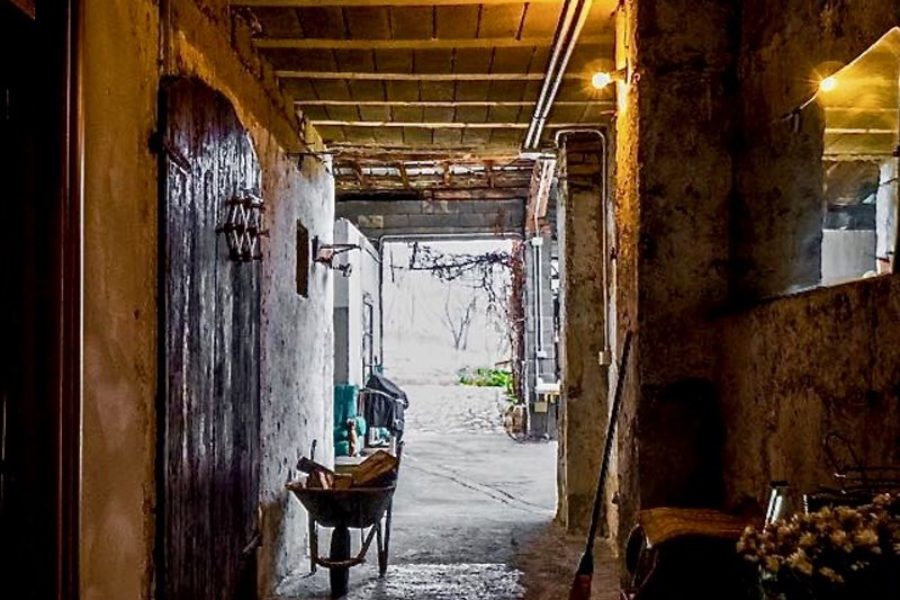 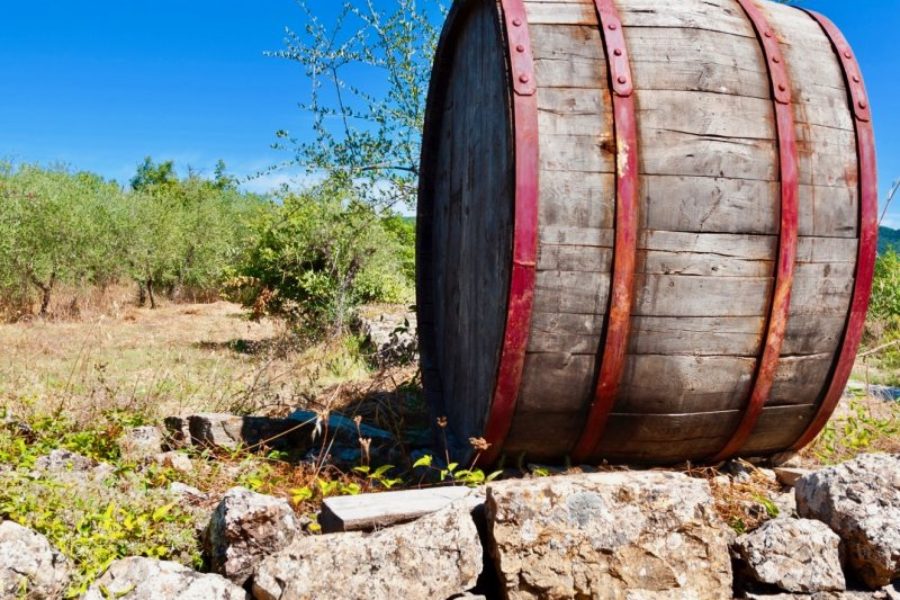 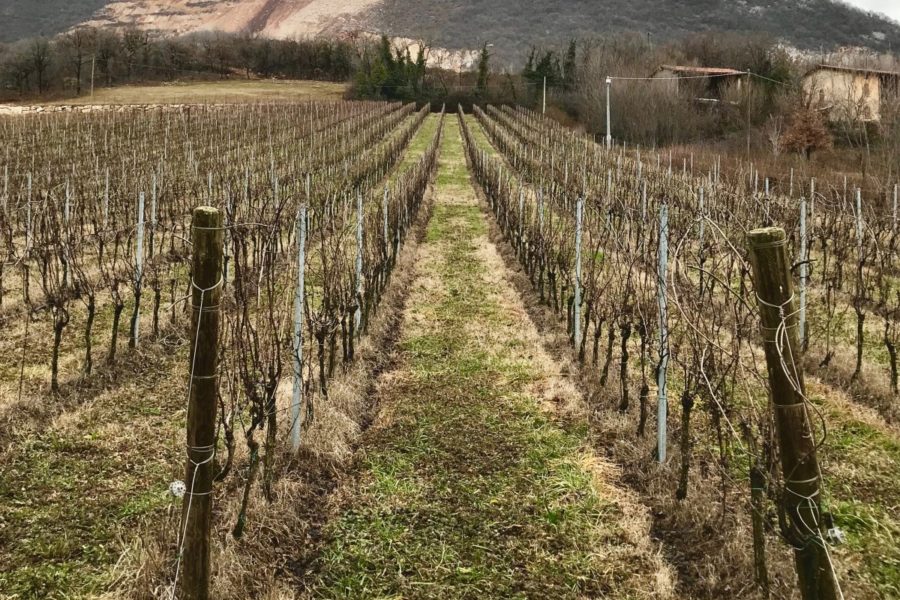 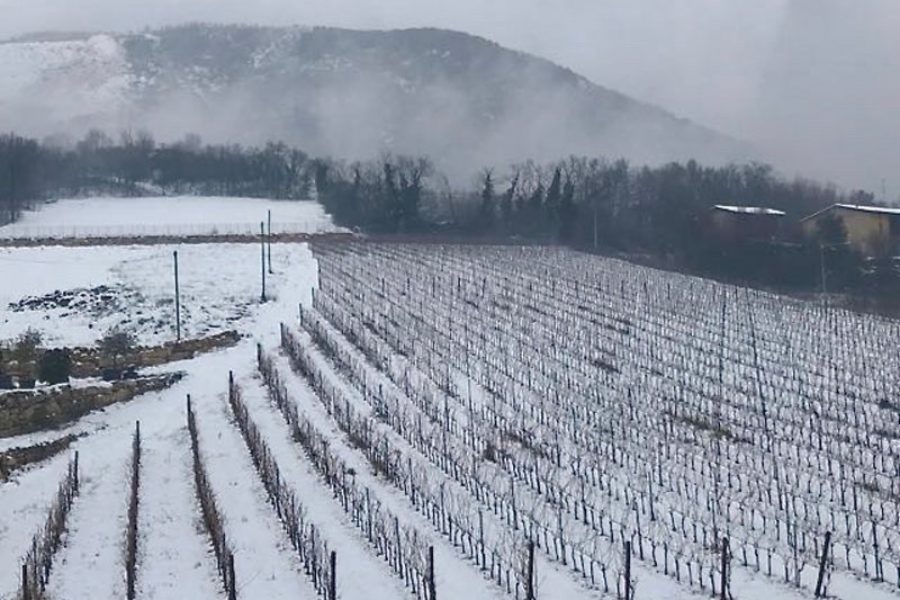